Hire Bungee Run near me

If you are looking for an unusual entertainment that offers fun and friendly competition for an event in your area, you may want to consider hiring a bungee run. There are lots of companies able to offer to provide a bungee run for your event, and it is sure to go down well with your guests. 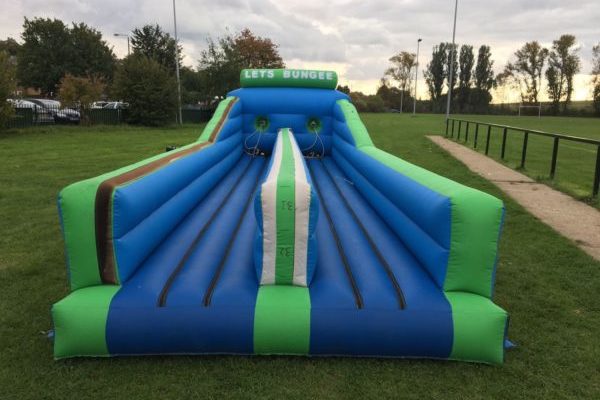 A bungee run is an inflatable two-lane staging which allows two guests to pit against each other in a fun competition. If you are looking to hire a bungee run in your area, have a look at this information so you have all the facts before you decide who will provide your entertainment.

The inflatable can be set up outdoors or indoors, so are perfect for many different events. It is a competitive event and loads of fun, so they are perfect for team building events, as well as weddings and parties. Bungee run higher is also popular for charity events, fates, fun days and promotional events full stop are bungee run is also a great addition to a child’s birthday party as it is suitable for all ages. 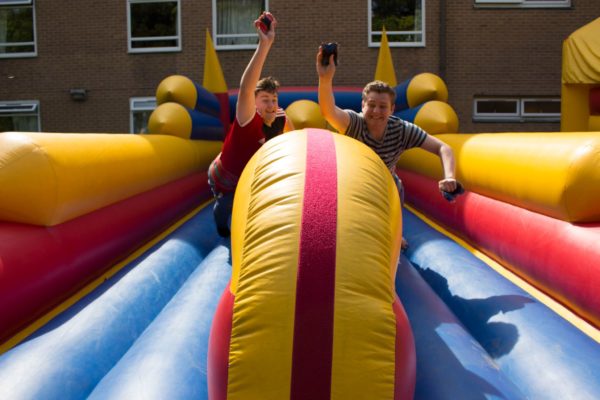 We provide quality entertainers near you. It takes seconds to get prices and information online.

Choose from a range of different servives within minutes of requesting more information.

Hire one of our entertainer and leave your feedback on how well the service was. 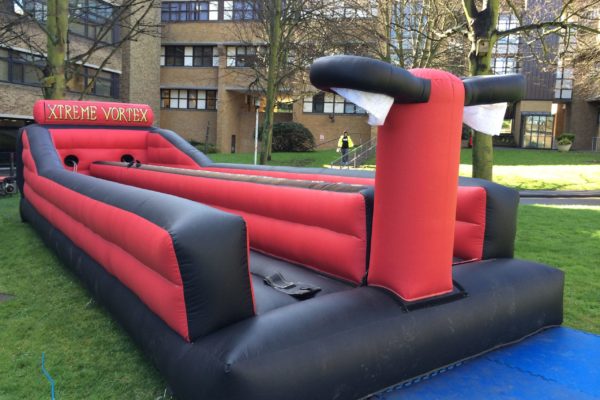 The bungee run is also gaining in popularity as a stag do or hen do event, where the party is planning to stay in one venue for the whole of the day. Remember the site staff will ensure health and safety so they will have concerns if people are drinking heavily and trying to play as there could be injuries.

It is also becoming increasingly common to find a bungee run at a freshers week at University or an open day at a large employer. 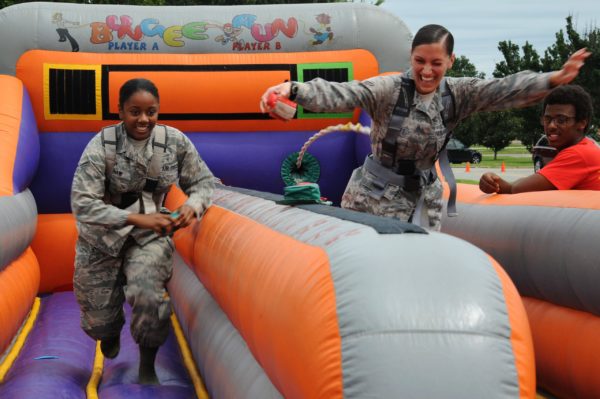 How long will Bungee Run be at my event for?

Two people play at any one time and are strapped into the lane with a bungee cord. The inflatable lane, much the same as a bouncy castle is difficult to walk let alone run on, and the idea is you have to beat the other person to the end despite the bungee cord pulling you back. Each cord has an independent resistance setting ability so you can pit a child fairly against an adult for a bit of fun. Or you can make it really difficult for the most competitive lads in your party. It is great fun for those watching as well, and you can pick your favourite competitor to cheer on.

If they tire and stop pulling against their bungee cord they will be yanked backwards, perfectly safely, into the inflatable setup which is also quite a laugh. If you are having the bungee run at your wedding, they will need time to set up and they will need a large space in which to do so. It doesn’t take long to set up, and the amount of time they are there will depend on how long you have hired them to be in attendance. They will then need a small amount of time to pack up at the end.

What is the price to hire a Bungee Run?

The price for a bungee run will vary depending on your area, and how long you want them at the event for full stuff because of the nature of the game, it is a manned event and they will be supplying a staff member who is fully trained in the safety aspects to ensure that no one is injured. So, you are paying for both the hire of the inflatable equipment and the staff to be onsite for the duration.

It will be up to you whether you want the bungee run at your event for just a few hours, or for longer and of course, it will depend on what type of event you are hosting. Prices may vary depending on the seasons, as sometimes will be more popular than others so it’s worth doing some research and checking with all companies that can offer a bungee run in your area.